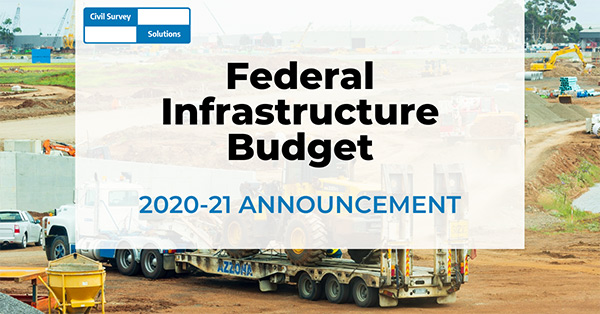 Good news! The Australian Federal Budget for Infrastructure in 2020-21 has recently been announced. It features a significant funding boost for Australia’s infrastructure industry, with $7.5 billion invested nation-wide, plus a further 40,000 jobs during construction.

The new funding is part of the Federal Government’s commitment to support new and accelerated infrastructure projects in the next four years, with the aim of boosting the national economy and creating thousands of jobs during the COVID-19 pandemic.

Here is a state-by-state breakdown of key infrastructure projects*: